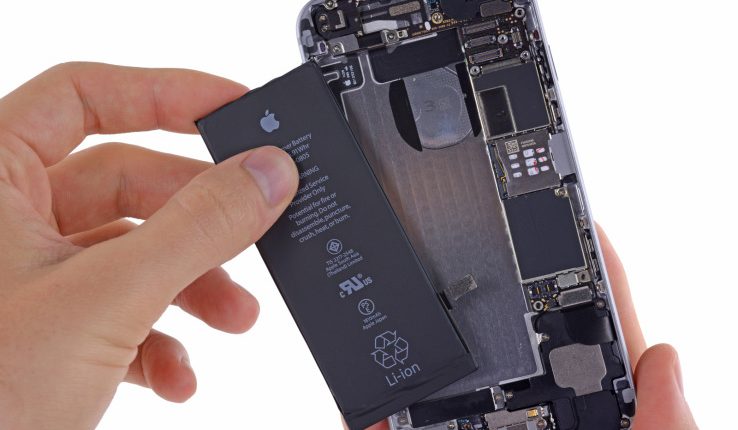 iFixit has never been particularly fond of Apple’s repair policies. The company’s gadgets regularly rack up poor repairability scores on the site. The site’s taking another jab at the tech giant today, dropping the price of its battery replacement kits to $29 — matching the cost of out-of-warranty battery replacements being offered up as consolation for its iPhone slowdown policies.

Apple, of course, got in hot water earlier this week, when it fessed up to slowing down iPhones with older batteries and apologized for not being more transparent.

“About a year ago in iOS 10.2.1, we delivered a software update that improves power management during peak workloads to avoid unexpected shutdowns on iPhone 6, iPhone 6 Plus, iPhone 6s, iPhone 6s Plus, and iPhone SE,” the company wrote in a rare open letter apology. “While these changes may go unnoticed, in some cases users may experience longer launch times for apps and other reductions in performance.”

iFixit noted in a post today that it’s seen a 3X increase in battery replacements as the news made the rounds. The company offered Apple a conciliatory “good on them,” in the wake of the news, but also used the opportunity to sing the praises of replacing one’s own battery.

True, using iFixit’s method isn’t any cheaper, but if you’re a bit braver and have a steady hand, it means not having to wait in line at the Genius Bar and deal with whatever turnaround time might be involved. The deal is probably more appealing, however, for those with older phones. iFixit has batteries for models note covered by the aforementioned deal, many of which are even cheaper.

Much of the competition, meanwhile, has used the moment to let it be known that they aren’t slowing down older model phones the way Apple has. Samsung, HTC, Motorola and LG have all issued statements to that effect.

Did you find these tips helpful? Want to know more about any other hack? Please feel free to drop a message and let us know if there’s any specific hack that you wish to learn about. Follow Techlone on Facebook, Twitter and Google+
apologyApplesbatterydropsiFixitIphonematchingprice
0 458
Share FacebookTwitterGoogle+LinkedinPinterestStumbleUponReddItTumblrDiggWhatsAppEmail