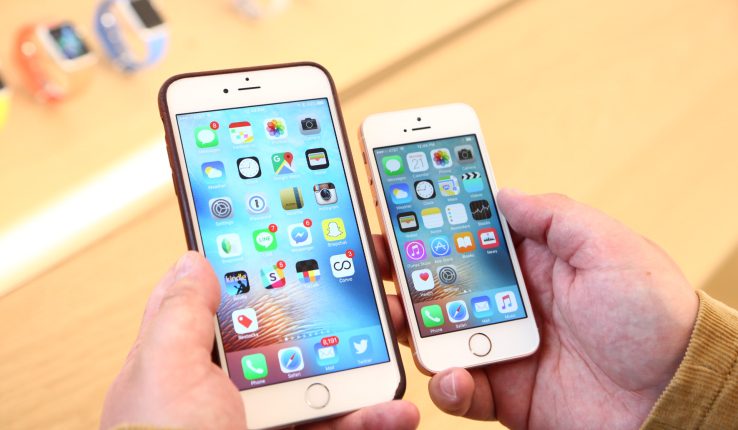 Those $29 battery out-of-warranty replacements Apple promised are now available for impacted users with an iPhone 6 or later. The company was initially aiming for a late-January timeframe in the States when it first offered up the discount, following blowback against its admission that it had slowed down older model phones to maximize performance.

“We expected to need more time to be ready,” the company said in a statement offered this weekend, “but we are happy to offer our customers the lower pricing right away. Initial supplies of some replacement batteries may be limited.”

In other words, get ‘em while the getting’s good. The steep $50 discount on battery replacement marked a rare public apology for the company, and many users are likely to jump on the opportunity to breathe a little extra life into their phone. The competition has certainly made the most out of the news. Chief competitors including Samsung, HTC, LG and Motorola have all used the opportunity to note that they haven’t taken similar approaches with their handsets.

Yesterday, meanwhile, iFixit used the apology as an excuse to discount its own iPhone battery replacement kit to $29, even as the news was already driving a spike in purchases. The company cited the potential wait time for battery replacements as a reason to jump on its offer.

The delay as the company ramped up battery availability, coupled with the timing of scheduling a Genius Bar appointment have been a source of subsequent frustration for users already put off by a lack of transparency around the phone slowing policy. If you put in for a replacement prior today, the $50 discount would not apply to your phone.

For now, however, the offer’s good, as least as long as supplies last. Apple will be offering more details on the replacement program on its site.

Did you find these tips helpful? Want to know more about any other hack? Please feel free to drop a message and let us know if there’s any specific hack that you wish to learn about. Follow Techlone on Facebook, Twitter and Google+
ApplesbatteryIphonereplacementsstartingtoday
0 1,297
Share FacebookTwitterGoogle+LinkedinPinterestStumbleUponReddItTumblrDiggWhatsAppEmail

Nintendo Switch to launch March 3 for $300