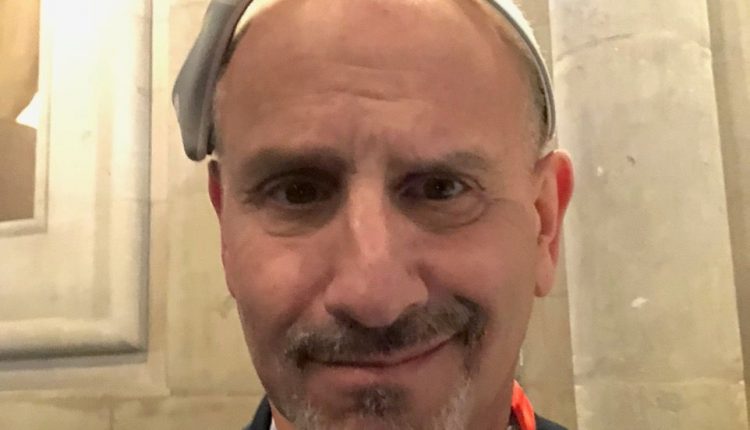 Color me a skeptic. The U-shaped Modius headset I donned for a few minutes during Mobile World Congress here is supposed to help you lose weight.

Modius works by gently stimulating the vestibular nerve near the skin’s surface behind the ear, and sending a signal to the hypothalamus, according to its developer, neuroscientist Jason McKeown, That’s the portion of the brain that apparently controls fat storage,metabolism and hunger.

Modius claims that if you wear this contraption for an hour a day, your body will lose its desire to store fat.

If you are exercise-averse, take note: You are meant to wear Modius while sitting or lying down. In fact, you’re not supposed to move, since the vestibular nerve is responsible for balance.

Modius automatically shuts off after an hour, so you can’t overstimulate yourself in any one session. The headset charges overnight by plugging it into a USB port. 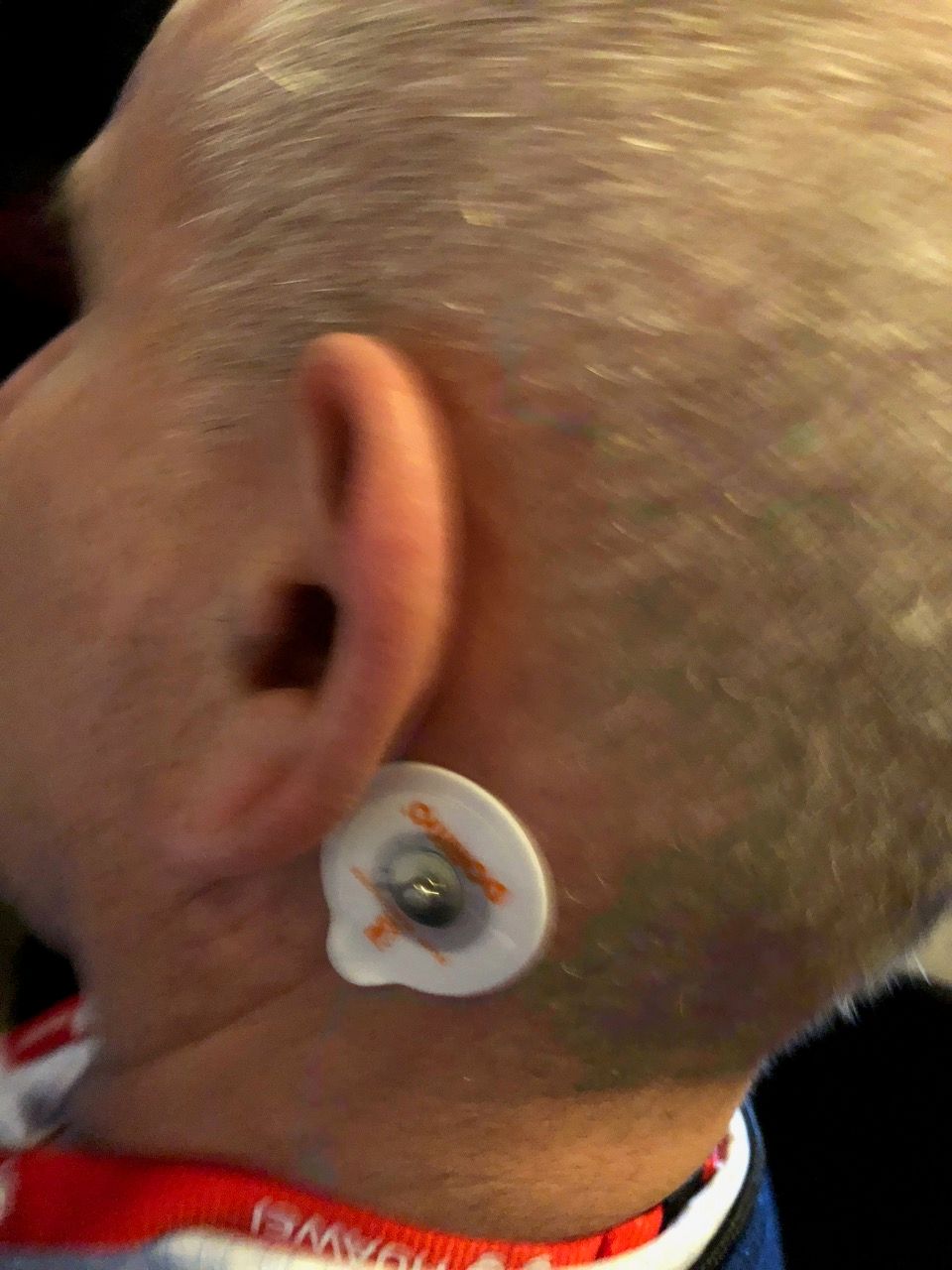 To wear the Modius headset, you need to stick electrodes behind your ears. (Photo: Edward C. Baig)

Before putting on the headset, a Modius worker used an alcoholic wipe to clean the skin along the mastoid bone behind my ears and then affix an adhesive pad with electrodes. The pad connected to the headset. You can do this yourself, they assure me.

You control the headset through an app on your phone, choosing an intensity level between 1 and 10. It didn’t hurt. But at Level 4, I felt an ever so slight feeling of nausea, which I’m willing to concede could be psychological. McKeown acknowledges that some folks may indeed experience a sense of being seasick. I have no idea how I’d react if I wore it for a full hour.

The headset comes with a three-month supply of wipes and pads, after which you’ll have to replace them at a cost of about $37 for an additional three months. 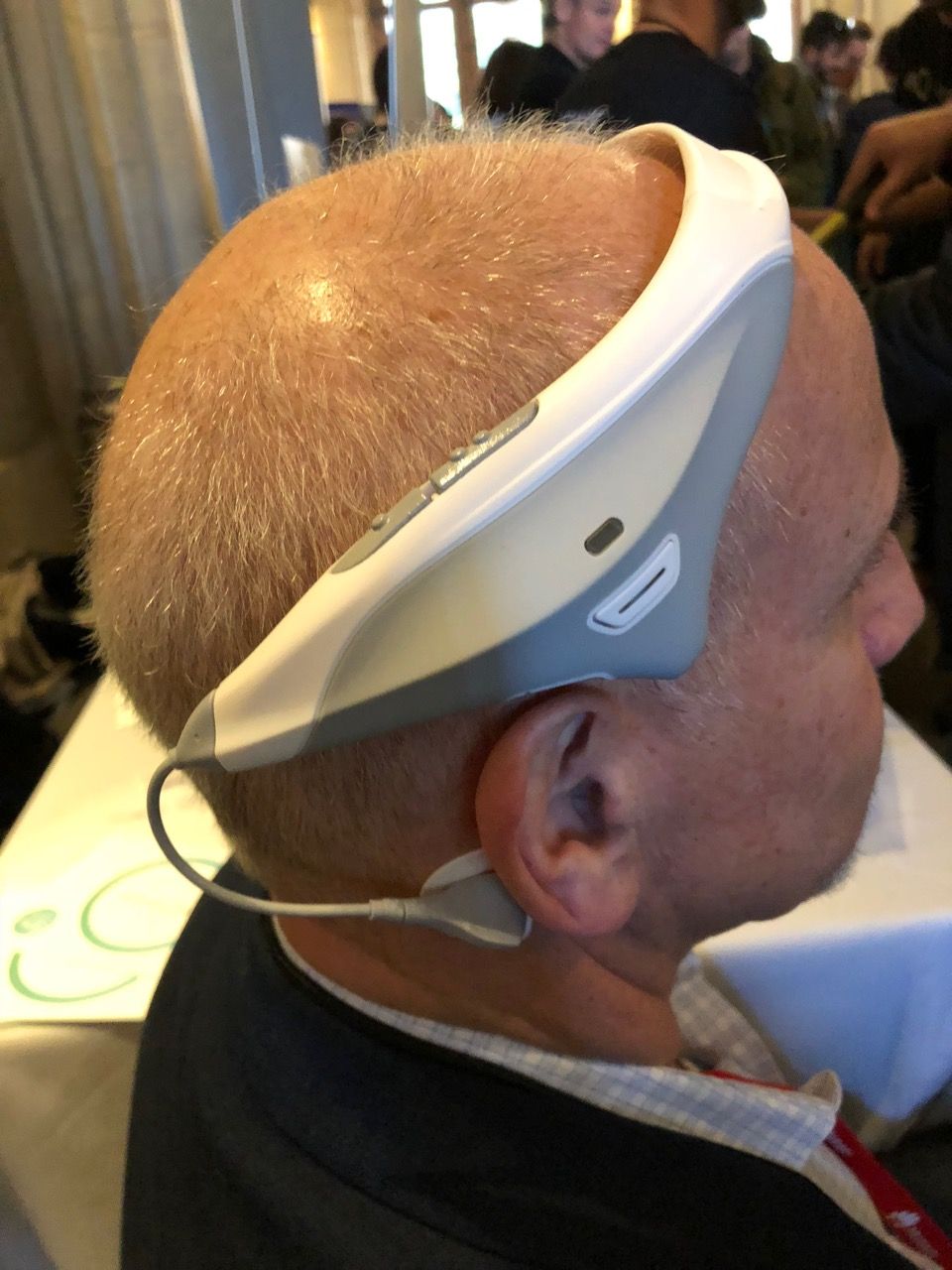 Modius actually launched over the summer, having raised nearly $2 million at crowdfunding site Indiegogo. The product is set to ship in April.

The weighty question: How effective is it? The company says the first wave of users have lost between 12 and 15 pounds in an average period of eight weeks without changing their diet or exercise routines. Not that is meant to be a lazy person’s product.

Did you find these tips helpful? Want to know more about any other hack? Please feel free to drop a message and let us know if there’s any specific hack that you wish to learn about. Follow Techlone on Facebook, Twitter and Google+
creatorheadsetModiuspoundsshedWearyoull
0 711
Share FacebookTwitterGoogle+LinkedinPinterestStumbleUponReddItTumblrDiggWhatsAppEmail