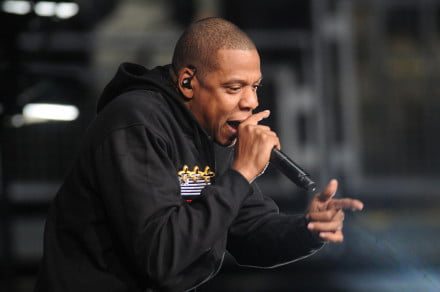 These Are The Best Music Videos We Watched of 2017

Every year, there are thousands of new songs and music videos hitting the airwaves — and it’s just too much for your two eyes and ears to handle. With all those options, you can’t be wasting your time on tracks that deserve a thumbs-down click.

But don’t worry, we’ve saved you the hassle. We listen to and watch some of the most-hyped and interesting songs and videos each week, and tell you which are worthy of your precious listening time.

We’ve spent the past year assembling a list of the prettiest, most interesting, and downright coolest music videos of the year. Below, you’ll find the 10 best music videos we saw in 2017.

From gorgeously shot imitations of religious iconography, to shots of Kendrick Lamar on a table with cash being counted by women in lingerie, to a series of cuts in which the rapper’s head is literally on fire, there is nothing humble about director Dave Meyers‘ creative visual accompaniment to this trap-influenced single from the album Damn.

Young Thug barely plays a role in this hilarious video from director Ryan Staake, who was forced to fill in the gaps left by the rapper not showing up for the $100,000 video shoot by telling the story in captions between various B-roll shots. Based solely on its ability to make something out of nothing, this is easily one of the most memorable music videos of the year.

If there’s one thing about Migos‘ T-Shirt music video that makes it one of the year’s most iconic, it’s the way the typical trap video scenery is turned on its head. Where viewers might expect nice cars, liquor, diamonds, and a setting in the crew’s hometown of Atlanta, nobody expected to see a snowpacked wilderness with the three rappers in furs shooting bows and arrows.

Haim — Little of Your Love

Film director Paul Thomas Anderson (There Will Be Blood) created a fun and casual atmosphere for his video for California pop trio Haim‘s Little of Your Love. The three sisters are all smiles during the line-dance-filled video, a visual aesthetic that perfectly matches the bouncy groove of the song.

Charlie XCX employs a healthy dose of comedy as she flips the traditional female-centric music video in this visual accompaniment to her hit single Boys. It features cameos from famous men like Wiz Khalifa, will.i.am, and Mac Demarco — who can be seen licking the neck of an all-white guitar.

The Lemon Twigs — I Wanna Prove It To You

The hilarious music video for The Lemon Twigs‘ I Wanna Prove It To You sees the duo at director Nick Roney‘s grandparents’ house in Utah, where the Twigs get to witness what 50 years of commitment looks like, up close and personal.

What begins as a fun imitation of a Spanish soap opera develops into a series of fake movie sequences and a club scene, as singer Camila Cabello celebrates her Hispanic heritage both musically and visually.

Indie pop band OK Go have long maintained their relevance with heinously well-thought-out music videos, and such is the case with the video for this year’s song Obsession. The band used 567 printers and a bunch of paper to create a gorgeous stop-motion backdrop for the video, resulting in a visual experience unlike any you’ve ever seen.

Don’t forget to subscribe to our Spotify page for a playlist of our weekly musical picks. Interested in listening to streaming music but unsure which streaming service is best for you? Check out our post about the best music streaming services, or go in depth and learn the differences between Apple Music and Spotify to better weigh your options.

Did you find these tips helpful? Want to know more about any other hack? Please feel free to drop a message and let us know if there’s any specific hack that you wish to learn about. Follow Techlone on Facebook, Twitter and Google+
musicVideosWatched
260
Share FacebookTwitterGoogle+LinkedinPinterestStumbleUponReddItTumblrDiggWhatsAppEmail

Comments
Stay With Us