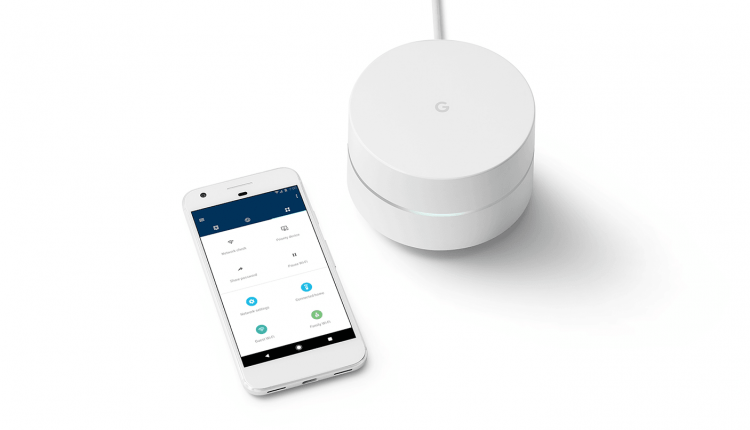 For a smart home novice, knowing where to start is a bit of a headache. Of thousands of products, which ones provide the biggest return on your initial investment? While you could easily go wild and spend a small fortune on the latest and greatest of everything, we’ve got a better idea.

Here are the top five products to smarten up your home in 2018.

While Wi-Fi certainly isn’t a smart device, the way Google does it puts it firmly in the “smart” camp.

Unlike a traditional router, Google’s system allows you to add as many access points as needed throughout the home. While the typical home would fare well with one or two, you can actually connect up to 32 of them to fill a massive space with seamless Wi-Fi over Google’s mesh network.

A mesh network automatically switches between access points to the one closest to you (or the one providing the best signal at that moment). Where it improves upon a multiple router setup is that you don’t have manually change the access point when you switch locations; Google’s smart system does it for you. Better still, setup is done in under 90 seconds with an amazingly useful app.

And it’s worth mentioning that we’re definitely cheating just a little here: Google WiFi was actually released last year. But, it’s still the best mesh system for the money and deserves an inclusion, even a year later.

You can read our full review here. 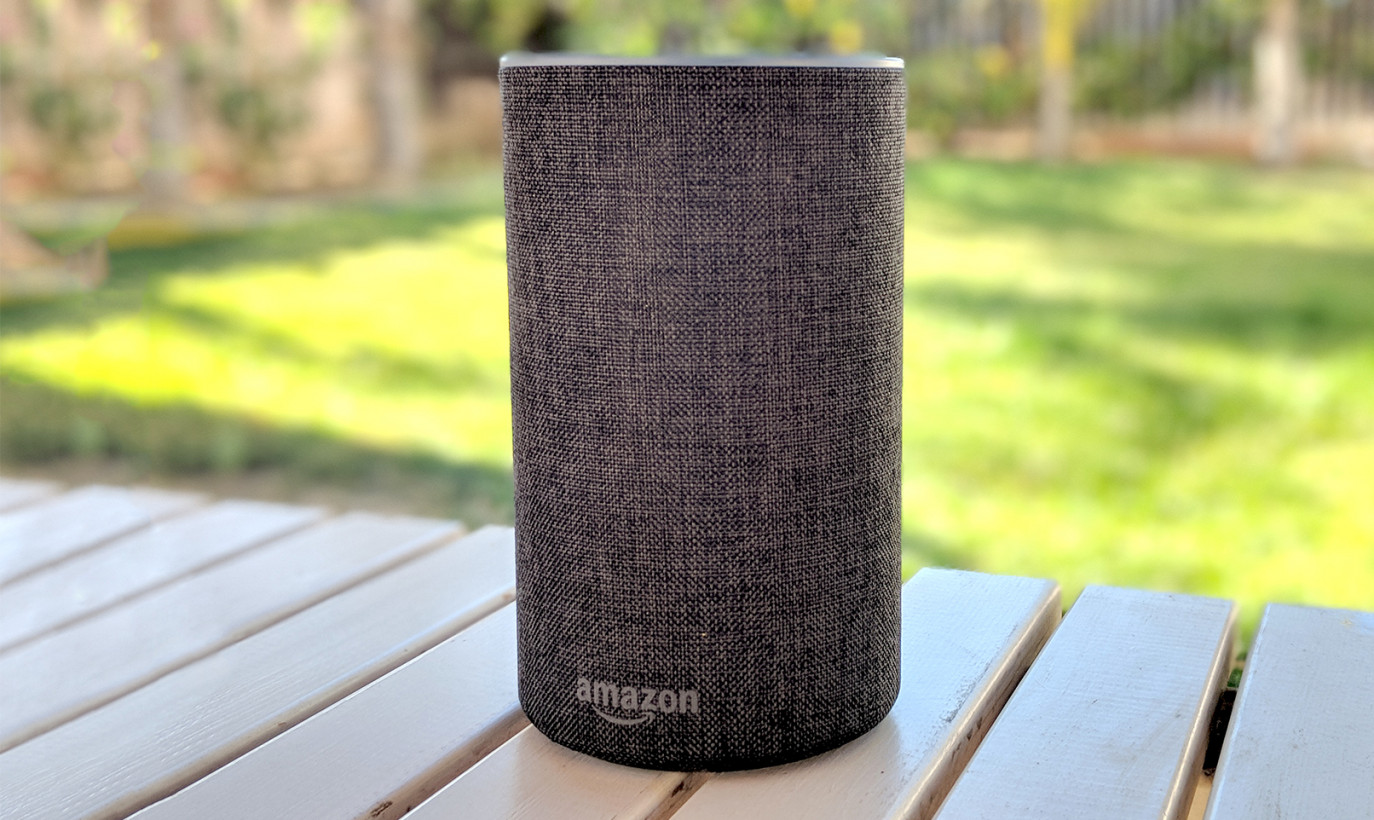 For starters, you’ll need a central hub that can control everything. It’s hard to recommend anything here other than Amazon’s still excellent Echo. Granted, our opinion could have swayed had we got our hands on Google’s Home Max earlier (in-home, not on display), or if Apple’s HomePod hadn’t been pushed until early 2018.

For now, the Echo is still your best bet. The refreshed version this year features improved aesthetics, a minimal boost in clarity from the speaker, and the option to customize the smart device with multiple wraps for about $30 (at Amazon, obviously).

After reviewing the device earlier this year, our outlook remains the same: it’s probably not worth upgrading to the newest one just yet if you already own the original. 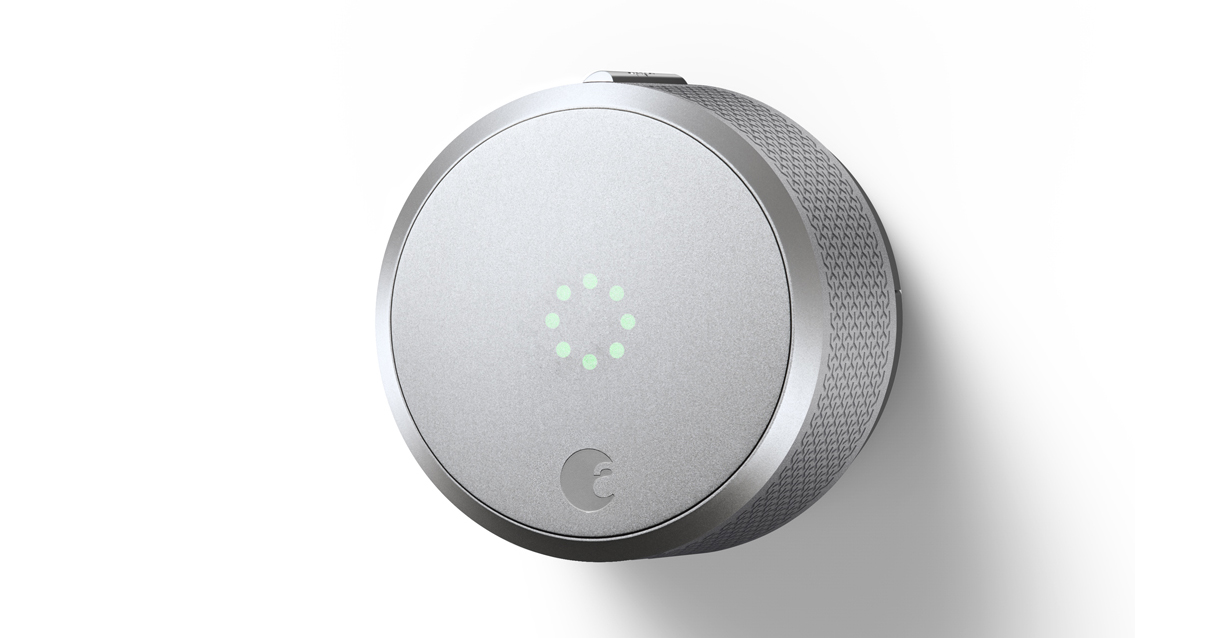 Now that we’ve got the essentials out of the way, it’s time to add some of the things that make your smart home fun and futuristic. We’ll start with the August Smart Lock.

What sets August apart from most smart door locks is the consistency with which it works. When it senses my phone nearby (which is usually when I’m pulling into my driveway), it automatically unlocks the door, every time. This is what a smart lock is supposed to do, but you’d be surprised at how often most fail to connect, leaving you fumbling with keys while trying to unlock the door and get inside before dropping your groceries.

It’s not just about the auto-unlock feature, though. It’s nice to consult the app and see if I remembered to lock my door, even if I’m miles away. And if I haven’t, I can lock it without having to turn around. I can also provide single-use keys to friends and family. When they need to get in (and I’m not around) I issue a key to their smart device through email or text. Later, I can revoke access.

As an added bonus, Smart Lock Pro works with your existing home assistant, whether Siri, Alexa, or Google Assistant.

And there’s some pretty nifty add-ons too, should you decide to splurge (or upgrade later). My favorite add-on is the Doorbell Cam Pro, which not only allows me to view who’s at my door, but also records video as soon as they get within range — and when they’re leaving. It’s sort of a security cam, lite edition, that I can view from any device I’m on at the time, or download the video for later. Or, there’s the smart keypad in case you — like I often do — forget your phone in the house (or it’s not charged). Now I have a backup plan to get inside without carrying keys — although August only modifies the back of the lock, leaving the front in-tact and able to be unlocked, manually, with your existing keys. 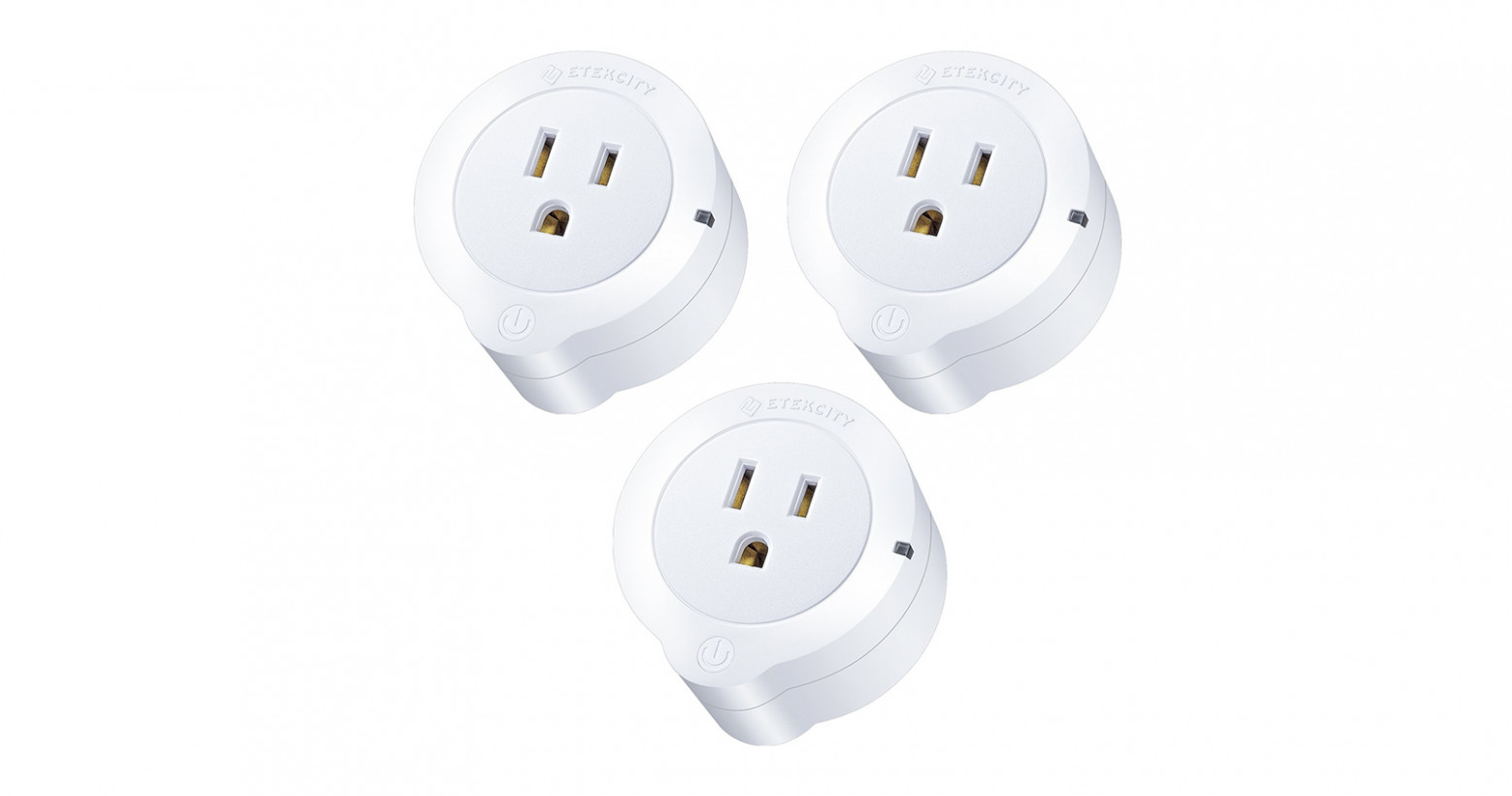 Hear me out. I know an outlet doesn’t sound that smart, and it’s definitely not the sexiest purchase — like the amazing, color-changing smart lightbulbs (cheating again, squeezed in another item). Smart outlets, though, are an integral part of your new AI-connected home.

By plugging in your devices to connected outlets, it gives you the ability to control devices plugged into them (even if they aren’t “smart”) using your smart hub. For example, when I’m headed to bed each night, all I have to say is “Alexa, turn off the living room,” which turns off the lights, the TV, and locks the front door. It’s like living in the future.

I don’t have a favorite brand, as all I’ve used so far have worked mostly the same. This three pack from Etekcity, however, should be a good start at $40. But really, any should work. 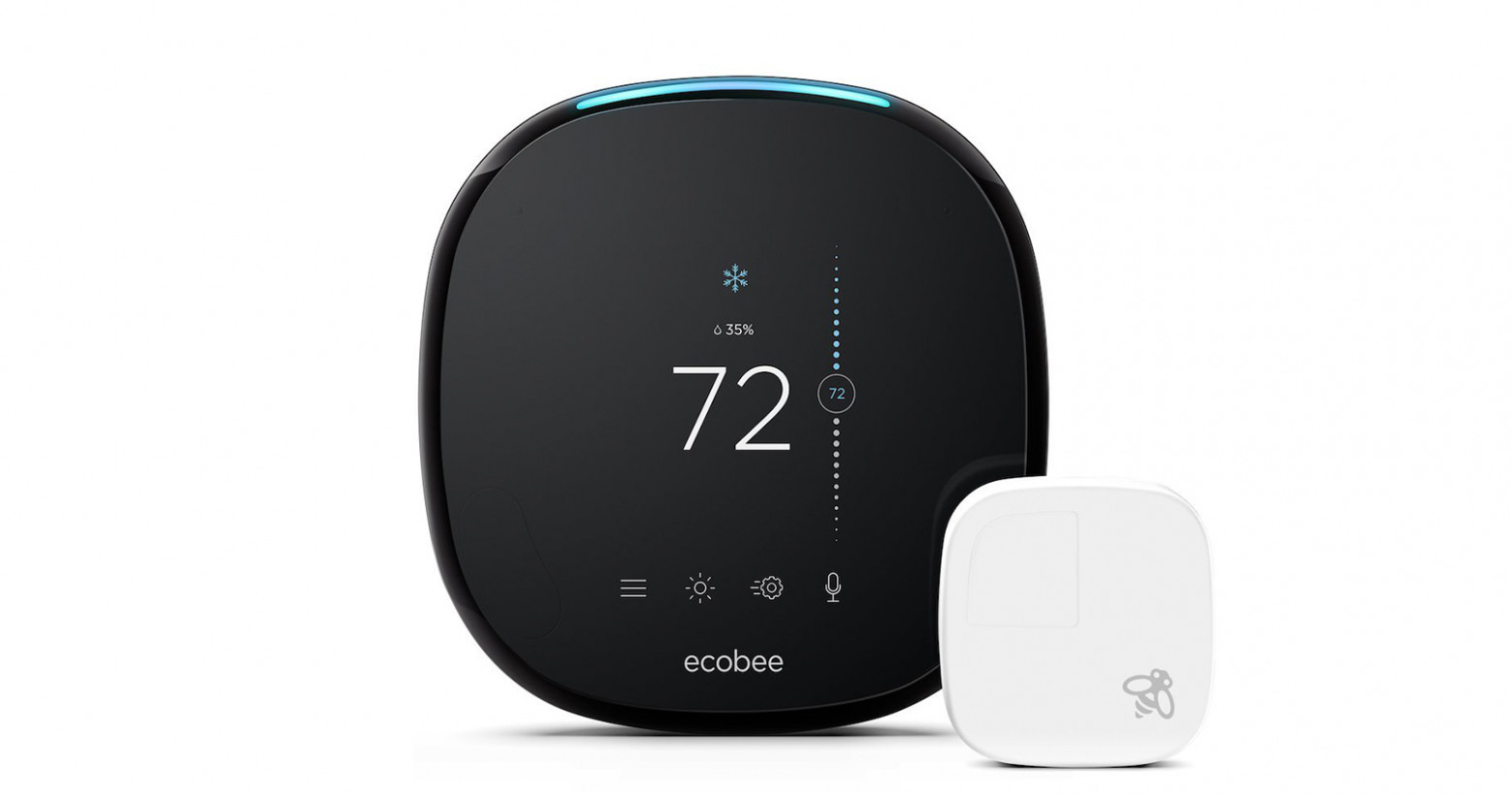 While Nest rules the roost when it comes to smart home thermostats, ecobee4 is about $70 cheaper and offers most of the same functionality.

It comes built in with Alexa, so you don’t necessarily need to use your Echo (or Echo Dot) to control it, although you certainly can. You can also download apps for both iOS and Android devices to adjust temperatures and program modes on your mobile device. My favorite feature though, might be the add-on room sensors that can help to manage hot or cool spots in your home by adjusting the temperature based on readings your non-smart thermostat would commonly miss. For example, if your bedroom typically gets colder than the rest of the house, you can set the sensor to monitor the temperature in there, rather than say, your hallway (where the standard reading would occur).

There’s also support for things like a humidifier, dehumidifier, or ventilator. 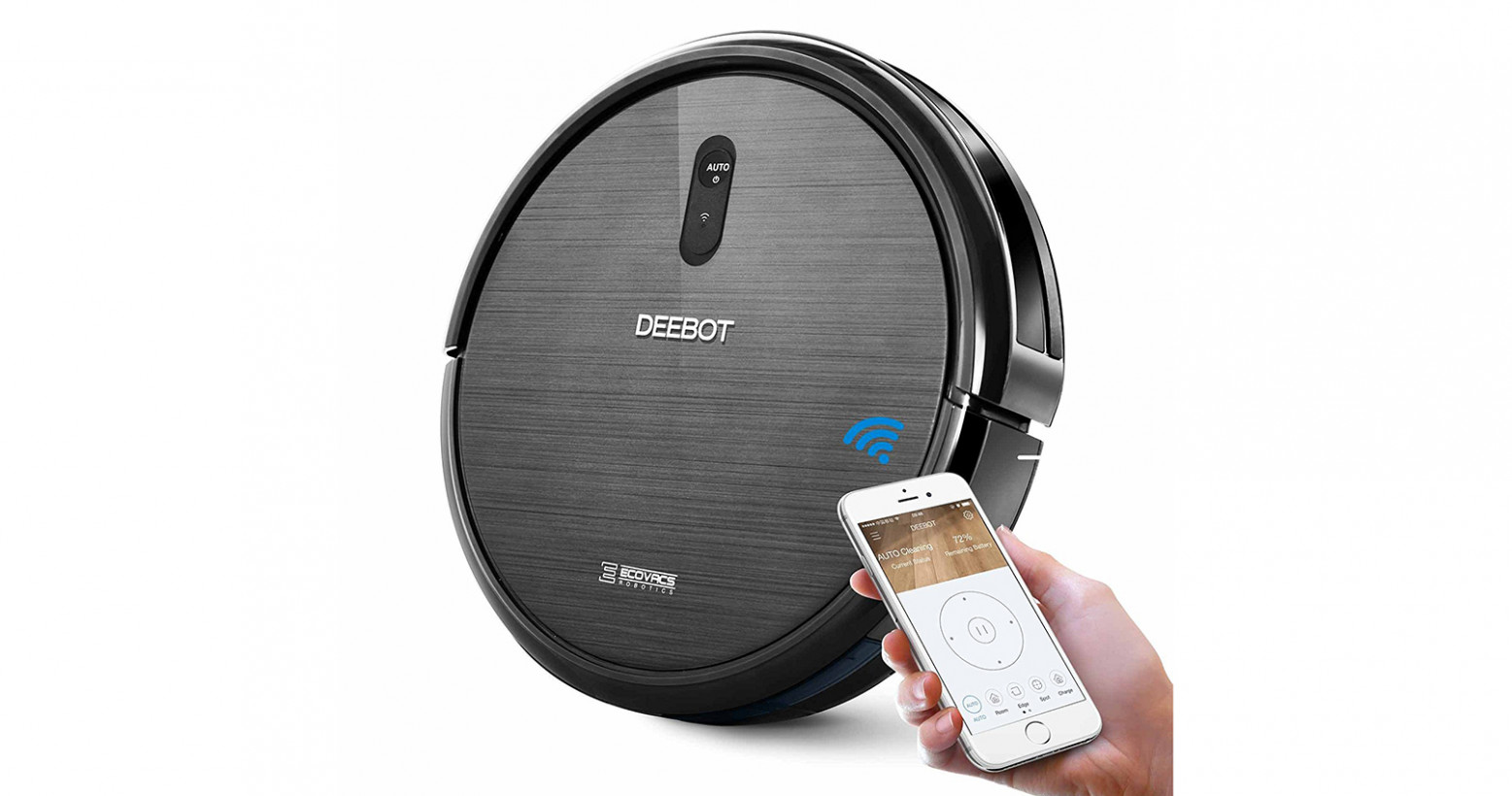 One of the cheapest robotic vacuums on Amazon is also one of the most well-reviewed. At just $229, it’s $70 cheaper than iRobot’s cheapest Roomba and performs better, according to reviewers. We haven’t had a chance to get our hands on one yet for an in-home review (hit us up, Ecovacs), but we really enjoyed what we saw from the company at CES last year.

The Deebot N79 is a smartphone app-controlled vacuum for low-pile carpet or hardwood floors. Like most robotic vacuums, it’ll work on a schedule or you can call it to duty whenever you’d like. The N79, though, has some really advanced anti-collision and drop sensor protection that, in my opinion at least, makes it ever-so-slightly more intelligent than the cheapest offerings from iRobot.

As for cleaning, there’s smart navigation cooked in so you don’t end up with a vacuum that’s caught in an endless feedback loop of pacing around your living room. It also features a three tier cleaning system with direction suction, brush-roll, and dual side brushes — each are controllable individually, or as part of three specialized cleaning modes.

Did you find these tips helpful? Want to know more about any other hack? Please feel free to drop a message and let us know if there’s any specific hack that you wish to learn about. Follow Techlone on Facebook, Twitter and Google+
gadgetshomesmart
428
Share FacebookTwitterGoogle+LinkedinPinterestStumbleUponReddItTumblrDiggWhatsAppEmail

Your Sonos or Bose speaker (probably) isn’t haunted, but it could be hacked