Otto showed the world its digital lock in August. Four months later, the company has suspended operations. Hardware is hard. It’s a cliche for a reason.

The company made the decision just ahead of the holidays, a fact that founder and CEO Sam Jadallah recently made public with a lengthy Medium post now pinned to the top of the startup’s site. The extended survey of the Bay Area company’s short life is punctuated with the pithy title, “So Close,” a nod to the spitting distance the startup came to actually bringing a product to market.

In a conversation over the weekend, Jadallah told that the company’s lock made it as far as the manufacturing process, and is currently sitting in a warehouse, unable to be sold by a hardware startup that is effectively no longer operating. How does a company get so close to the finish line without being able to take that final step?

The executive lays much of that out in his own explainer — a post he considers a sort of cautionary tale for the volatility of the Valley. The long and short of it is that the company was about to be acquired by someone with a lot more resources and experience in bringing a product to market, only to have the rug apparently pulled out at the last minute.

“You’re not in charge of your own destiny, and the margin for error is a lot smaller,” Jadallah told TechCrunch. “Building a really exciting hardware product needs a ton of resources, and is probably best inside of a bigger company. Frankly, that’s part of the reason I was excited about the acquisition. I knew it would take us out of the cyclical venture capital market and put us inside a company that knew how to make and ship products.” 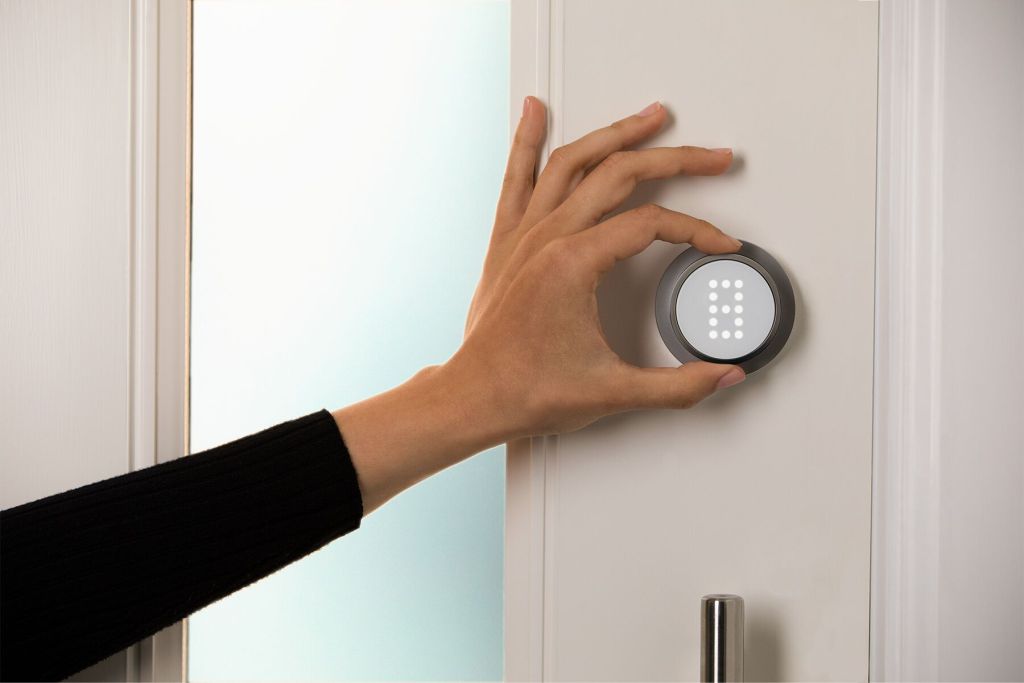 The executive wouldn’t name the interested party during the call, but Otto was almost certainly made hopeful by the recent acquisition of August Home by Assa Abloy, the world’s largest lock manufacturer. The big players have no doubt that there’s plenty of room to grow in the space, and the connected home category shows no apparent signs of slowing. NPD reported a 43 percent growth in smart home sales in 2017. Security is a big piece of that puzzle, but there’s still plenty to unlock on that front.

Otto thought it had found the key, though the company’s product garnered a fair amount of pushback at launch. Sure,it followed in Nest’s footsteps and brought some former Apple employees on board for the creation of what is, by all accounts one nice looking door lock. But even in the age of the $1,000 iPhone, a $699 smart lock is a tough pill to swallow. If the smart lock is still searching for its mainstream moment, was a flagship-phone-priced device really going to be the product to put it over the edge?

Jadallah certainly believed so, as apparently, did the unnamed company that came within days of acquiring Otto. And while the  buyers apparently never gave a reason for their decision to pull out, the executive says that the product’s price was never a concern.

“They knew about the price before the first meeting, and they are very smart people,” he says. “This isn’t the story of an ambitious product that didn’t have a market. I was convinced that we had priced it the right way for the product, and we knew that the technology that we had innovated was something that we could use in different ways at other price point.”

In fact, he adds in a followup email, the acquiring company was apparently convinced that it could sell the product for even more in certain markets. Of course, that’s all a bit of a moot point now. While what remains of the company is attempting to figure out what to do with all of those smart locks currently populating a warehouse somewhere, there’s currently no one around to actually sell them.

The seemingly imminent acquisition meant the company had no plan B.  “The life of the startup is a binary thing,” Jadallah says. “To go from what could be an incredible high to crushing low in a matter of hours is what we do.”

Earlier this month, the company’s Facebook page was still promoting the product with winking reference to the new Star Wars film in a video that asked users to “Unlock the dark side.” Two weeks later, another startup has, for most intents and purposes, gone dark.

Did you find these tips helpful? Want to know more about any other hack? Please feel free to drop a message and let us know if there’s any specific hack that you wish to learn about. Follow Techlone on Facebook, Twitter and Google+
lockmakeroperationsOttosmartsuspends
0 217
Share FacebookTwitterGoogle+LinkedinPinterestStumbleUponReddItTumblrDiggWhatsAppEmail