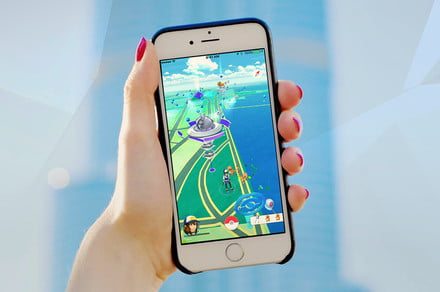 Pokémon Go had a relatively quiet launch in the summer of 2016, but the mobile AR game quickly caught on, leading to server problems as demand proved too great for maker Niantic to comfortably handle.

Once it had its servers in order, Niantic soon began flipping the switch for the game in an increasing number of countries, taking it to millions of new players around the world who eagerly hit the streets in a bid to catch ’em all.

Up to now, however, there’s been one major country absent from the lengthy list of nations where players can download and enjoy the game: China.

That’s set to change after Niantic revealed to the Financial Times (FT) this week that it’s struck a deal with local gaming firm NetEase, paving the way for the game’s launch in the world’s largest mobile market.

While San Francisco-based Niantic is yet to announce a specific date for the game’s launch there, when it does happen it expects millions of new players to join in the fun — and hopefully splash some cash on the game’s in-app purchases.

Taking Pokémon Go to the world’s most populous country is a huge boost for Niantic and looks set to increase revenue for the company after a relatively quiet 2017. Niantic CEO John Hanke told the FT that despite losing a lot of players in the last year, Go still has a loyal following among a smaller but solid base of players who’ve been enjoying numerous updates for the game throughout the last 12 months.

The deal with a China-based partner means the country could be one of the first to try out Niantic’s next major game launch, set in the magical world of Harry Potter, which is expected to arrive in the latter half of this year. Mindful of the difficult launch experienced by Pokémon Go, and aware that Harry Potter will likely generate even more interest, Hanke insisted Niantic has learned its lessons and is now “much better positioned” to cope when the Potter game lands.

Whether the Chinese authorities are well positioned to cope with the potential incidents and accidents caused by Pokémon Go when it turns up on smartphones in the country, well, that’s another question entirely.

Did you find these tips helpful? Want to know more about any other hack? Please feel free to drop a message and let us know if there’s any specific hack that you wish to learn about. Follow Techlone on Facebook, Twitter and Google+
finallyheadinglargestmarketmobilePokémonworlds
417
Share FacebookTwitterGoogle+LinkedinPinterestStumbleUponReddItTumblrDiggWhatsAppEmail