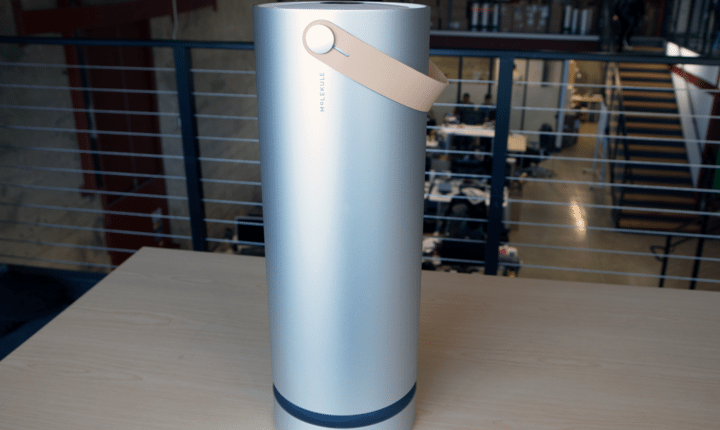 Molekule, a San Francisco-based startup with a sleekly designed molecular air purifier started as an immigrant dream twenty years ago and ended up being named one of Time’s top 25 inventions of 2017.

The inventor Yogi Goswami came up with the idea when his baby son Dilip started having a hard time breathing the air around him. Dilip suffered from severe asthma but no air purifier at the time seemed to work well enough to clean up indoor pollutants.

Traditional HEPA filters simply trap a few pollutants but they don’t grab everything and they don’t break them down before releasing them back into the air.

So, Goswami the elder came up with a filter technology that could both suck up things like allergens, mold and bacteria and particles up to one-thousand times smaller than what a HEPA filter can catch using photo electrochemical oxidation (PECO) and nanotechnology to destroy the pollutants on a molecular level and eliminate the full spectrum of indoor air pollutants. The result? Clean, breathable air that even the most sensitive person can handle. 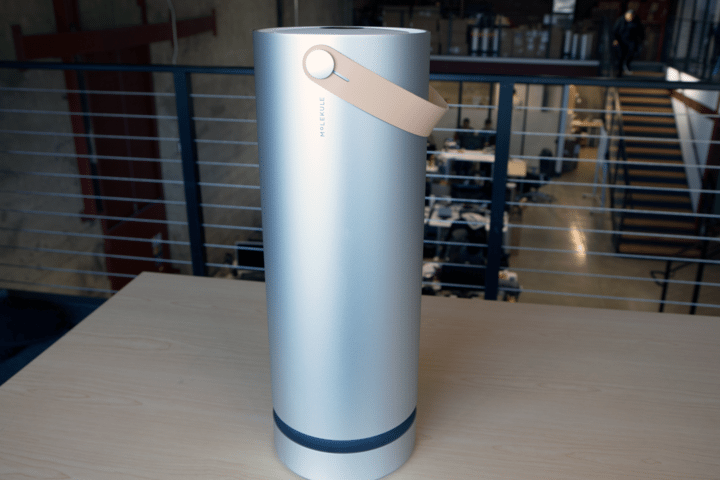 Dilip and his sister Jaya Goswami patented the tech and founded Molekule to bring their father’s invention to the rest of us.

The company now ships a stylish $800, two-foot-tall cylinder with the patented filter inside. Sure, it’s a lot pricier than most filters out there but the company also offers financing at $67 a month. It was also instrumental in helping folks breathe during the Northern California wildfires this fall. Jaya mentioned Molekule’s inventory was completely depleted during that time and that the company couldn’t ship fast enough — the product is still backordered till January 3rd, 2018.

So far Molekule has brought in just over $13 million in venture funding to keep it going.

It may be just in time as California is still dealing with wildfires elsewhere and , as global warming releases more C02 into the air, that causes more plants and flowers to release more pollen throughout the year.

I visited Molekule’s headquarters South of Market lately to chat with Jaya about the business and get a look at how her filter works. You can see that interview in the video above.

Did you find these tips helpful? Want to know more about any other hack? Please feel free to drop a message and let us know if there’s any specific hack that you wish to learn about. Follow Techlone on Facebook, Twitter and Google+
airmarketMolekulepurifiersleekest
0 333
Share FacebookTwitterGoogle+LinkedinPinterestStumbleUponReddItTumblrDiggWhatsAppEmail