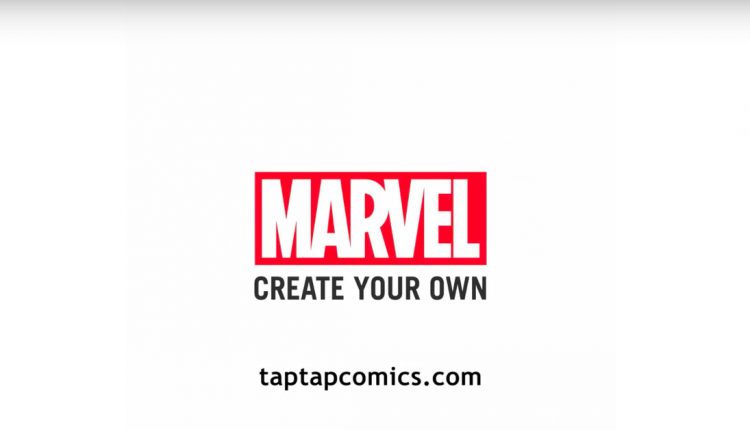 In a press release today, Marvel announced Create Your Own, a new platform that allows fans to create original comic strips using Marvel characters and stock background illustrations. The tagline is “Your Own Marvel Universe.”

Fans don’t have access to the platform yet, though details are “coming soon.” Whether the version of the Marvel Universe you create is “Your Own” is arguable, however, given that the terms and conditions state that users are forbidden from distributing the content off-platform or using it for any commercial enterprise.
Marvel also lays claim to:

“The perpetual, irrevocable, exclusive, royalty-free and fully transferable and sub-licensable right, for the full term of copyright protection available (including renewal terms), to use, reproduce, transmit, communicate to the public, print, publish, publicly display, publicly perform, exhibit, distribute, redistribute, license, sub-license, copy, index, comment upon, modify, adapt, translate, create derivative works based upon, make available, and otherwise exploit, in whole or in part, in all languages, anywhere in the world, by all means, methods, processes, and media formats and channels now known or hereafter devised, in any number of copies and without limit as to time, manner or frequency of use, without further notice to you, with or without attribution, and without the requirement of permission from or payment to you or any other person or entity, such User-Submitted Content (including, without limitation, any and all original elements of such User-Submitted Content and any and all works utilizing such User-Submitted Content and/or such elements thereof) for any purpose that the Tap Tap/Marvel Parties may see fit in their sole discretion, including, without limitation, in conjunction with advertisements, promotions, marketing activities, and/or any other commercial activities, effective as of the earliest date such User Submitted Content exists within the Service. ”

This is, from what I could glean before my eyes started bleeding, a very fancy way of saying Marvel will own anything you put on the platform. Okay, fair enough. This is pretty much par for the course for “authorized” fan fiction, and claiming a copyright isn’t inherently nefarious. But what are you allowed to put there?
Good question. According to the lengthy terms, you can write stories about whatever you want, except for just about any dramatic situation you could possibly imagine.
Here are some highlights from the very long list of no-no’s:

Obviously, this isn’t the first time that comic book artists have faced bizarre restrictions. In the 1950s, the comic book industry attempted to avoid government scrutiny by creating the draconian Comics Code Authority and implementing a set of regulations that prohibited, among other things: werewolves, vampires, zombies, the word “horror,” the word “crime,” love stories that did not assert “the sanctity of marriage,” disrespect for police, judges, or the government, and “seduction.” Marvel spent decades contorting around the code and hunting for loopholes, before abandoning it altogether in 2001. At the time, it was an industry leader, and DC Comics wouldn’t make the same move until 2011.
Now, you could argue, Marvel is once again an industry leader — the first major comics publisher to take a firm stance against ibuprofen and killer bees and promise consequences for any amateur comics creator who dares to cross those controversial lines.
Legalism and art rarely mix well; lawyers will always err on the side of caution, which in a creative context can mean censorship and encouraging artists to make things that are inoffensive, toothless and of little interest to anyone. That’s why Marvel dumped the Comics Code Authority when it could and never looked back, and why most of the comics they publish today would violate the exact same standards they drafted for the users of the Create Your Own initiative. It’s not exactly a recipe for creativity, but hey — Frederic Wertham would be proud.
Have fun writing some incredibly boring Marvel comics that you won’t own and technically can’t share with anyone!

Did you find these tips helpful? Want to know more about any other hack? Please feel free to drop a message and let us know if there’s any specific hack that you wish to learn about. Follow Techlone on Facebook, Twitter and Google+
alienscomicsdeathfartsgossipissuesMarvelsocial
0 380
Share FacebookTwitterGoogle+LinkedinPinterestStumbleUponReddItTumblrDiggWhatsAppEmail