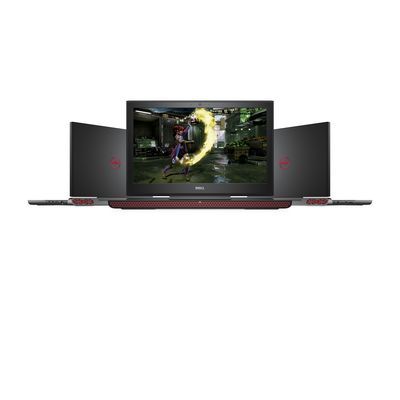 Personal computer makers are seeking to cash in on the surging gaming market. On Tuesday, ahead of the start of the Consumer Electronics Show in Las Vegas, Dell announced a new Inspiron gaming laptop targeting “price-conscious” video game players.

The new laptop addresses a request Dell received from many customers about creating an affordable line of high-end gaming PCs. “Gamers are looking for a product that will enable them to play their favorite games in the settings they want to … but at a price point reaching a larger audience,” said Bryan de Zayas, director of Dell Gaming.

The notebook will be available January 5. It has been built to allow players to more easily expand the capabilities of the device, such as add memory. The laptop also has oversized dual cooling fans and heat exchangers so gamers can play for long periods without worrying about the device overheating.

Dell is not the only PC maker introducing a line of laptops targeting video game players. Lenovo unveiled its line of Legion laptops starting at $900 when they launch in February. Meanwhile, last September, accessory maker Logitech launched its G Prodigy lineup featuring mice, a keyboard and headset at mid-range prices.

Alienware, the premium gaming PC hardware company acquired by Dell in 2006, will update its lineup of desktops and laptops with fresh Intel and Nvidia technology, having already added support for VR and 4K resolutions.

The PC maker — which celebrated its 20th anniversary last year — sees plenty of potential with the rise of VR and eSports. “It’s presenting a bunch of opportunities that are new to the gaming market,” said Frank Azor, vice president and general manager of Alienware and Dell XPS.

Both Azor and de Zayas envision the Inspiron and Alienware lineups as a way to appeal to all video game players with different needs and wants for their personal computers, and not so much as competing directly with each other.

“It’s not something we’re very worried about by any means,” says Azor. “We’re going to continue to cater to premium gamers as we have been for a long time. For folks who aspire to eventually own Alienware one day but can’t necessarily afford it just yet … we’ll have a solution for them now that’s going to be more affordable.”

While the overall PC market is weak, the arrivals of virtual reality and eSports (competitive video gaming) have strengthened the PC gaming space. SuperData Research says nearly $36 billion was spent on PC gaming last year, with an additional $2.7 billion spent on VR and nearly $1 billion on eSports.

“The scope and scale of gaming is absolutely enormous,” said de Zayas. “We’re seeing this in the (PC) market as well.”

Dell also announced it will partner with ELEAGUE, a professional eSports league operated by Turner and WME | IMG. Matches hosted through ELEAGUE air on Turner’s TBS cable channel. Dell will serve as an official partner and exclusive PC hardware provider.

Did you find these tips helpful? Want to know more about any other hack? Please feel free to drop a message and let us know if there’s any specific hack that you wish to learn about. Follow Techlone on Facebook, Twitter and Google+
Dellgaminglaptopplayerspriceconsciousunveils
434
Share FacebookTwitterGoogle+LinkedinPinterestStumbleUponReddItTumblrDiggWhatsAppEmail