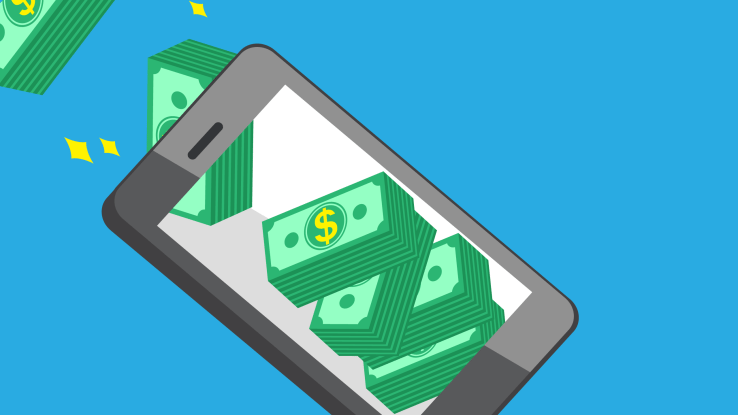 The week after Christmas is a lazy one, but the App Store was working overtime. Apple triumphantly announced today that the late holiday season brought in more than a billion dollars in purchases on its mobile marketplace.

Indeed, $300 million came in on New Year’s Day alone, presumably as everyone made unwise in-app purchases to get through their hangovers. And $890 million was spent in the week starting Christmas Eve, though, unfortunately, Apple doesn’t break it down further than that.

More granular numbers would have been handy, as it would have allowed us to compare them to Sensor Tower’s report that Christmas Day had a total of $196 million in mobile spending, excluding China — up about 12 percent from last year.

Just as a thought exercise: If we were to divide that amount equally throughout the week, that puts Apple at around $126 million on the 25th, leaving $70 million for Google. That’s just spitballing, of course, as Google hasn’t released any data like this, and excluding China tilts the numbers in Apple’s favor.

Both companies’ app stores, however, pointed at the holidays’ true winner: Amazon. The Alexa app topped the free charts on both platforms, and Amazon proudly crowed that it had sold out of practically every new Echo device.

“Millions” of devices costing anywhere from $25 to $250 add up to quite a sum, and, of course, the gadgets are little more than perennial reminders to sign up for Prime and buy even more things you don’t need.

Did you find these tips helpful? Want to know more about any other hack? Please feel free to drop a message and let us know if there’s any specific hack that you wish to learn about. Follow Techlone on Facebook, Twitter and Google+
appapplebilliondollarcheerChristmasgoodstoreyear
0 22,887
Share FacebookTwitterGoogle+LinkedinPinterestStumbleUponReddItTumblrDiggWhatsAppEmail