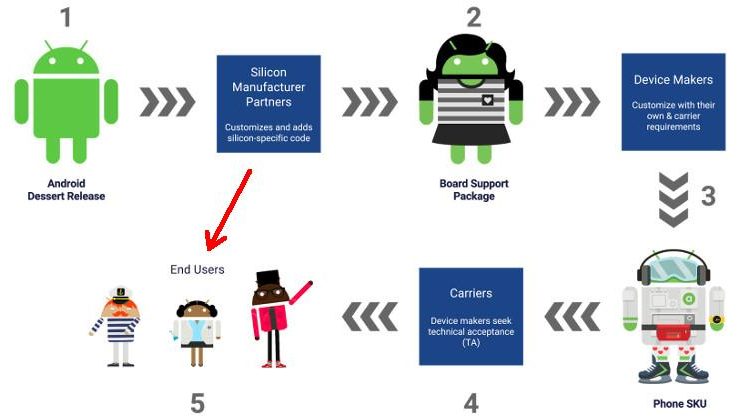 Another 365 (and one-fourth) days have passed. Naysayers have again been proven wrong. Android is still going strong and the open source operating system is going places no other OS has or can. But it hasn’t been smooth sailing for Android in general or for Google and its OEM partners. But then again, every year has always had its ups and downs. Here are some of the highs and lows in Android land in 2017 that could hopefully serve as both inspiration and hard lessons learned for 2018 and beyond.

No annual round up would be complete without a new major Android release. For a time, it seemed too obvious if Google went with Oreo for Android 8.0. That, plus the legal and business matters involved in using a trademarked name led many to look for alternative desserts. It didn’t help that Hiroshi Lockheimer himself seemed to be trolling the Internet with Oreo references.

Beyond the chocolate cream sandwich, Android 8.0 Oreo brings more changes under the hood than above. In particular, Project Treble brings the promise of faster updates and even easier ROM development. Sadly, only new Oreo devices will be able to take advantage of that. 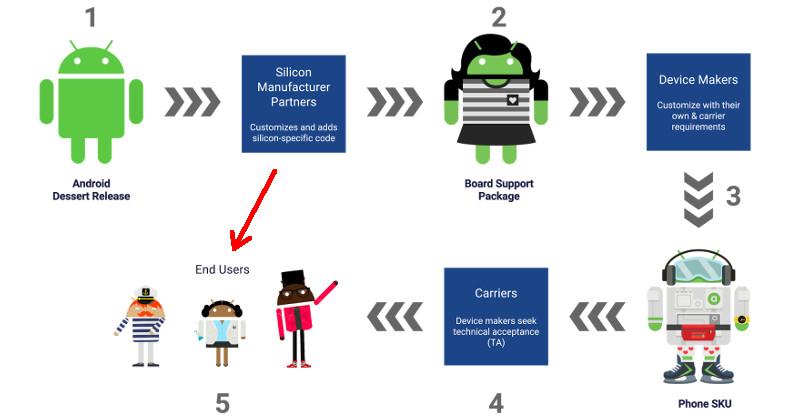 With a new Android version comes a new Google phone. All eyes were on Google to see if it could repeat the Google Pixel’s magic last year. It did, and then some. The Pixel 2 and Pixel 2 XL (not Pixel XL 2), nearly checked off all the boxes in features, though users had to choose between a smaller screen and a bigger but bezel-less one. It also, unsurprisingly, topped DxOMark’s charts, pulling off effects like bokeh even without a second camera. But, yes, this time Google added OIS. 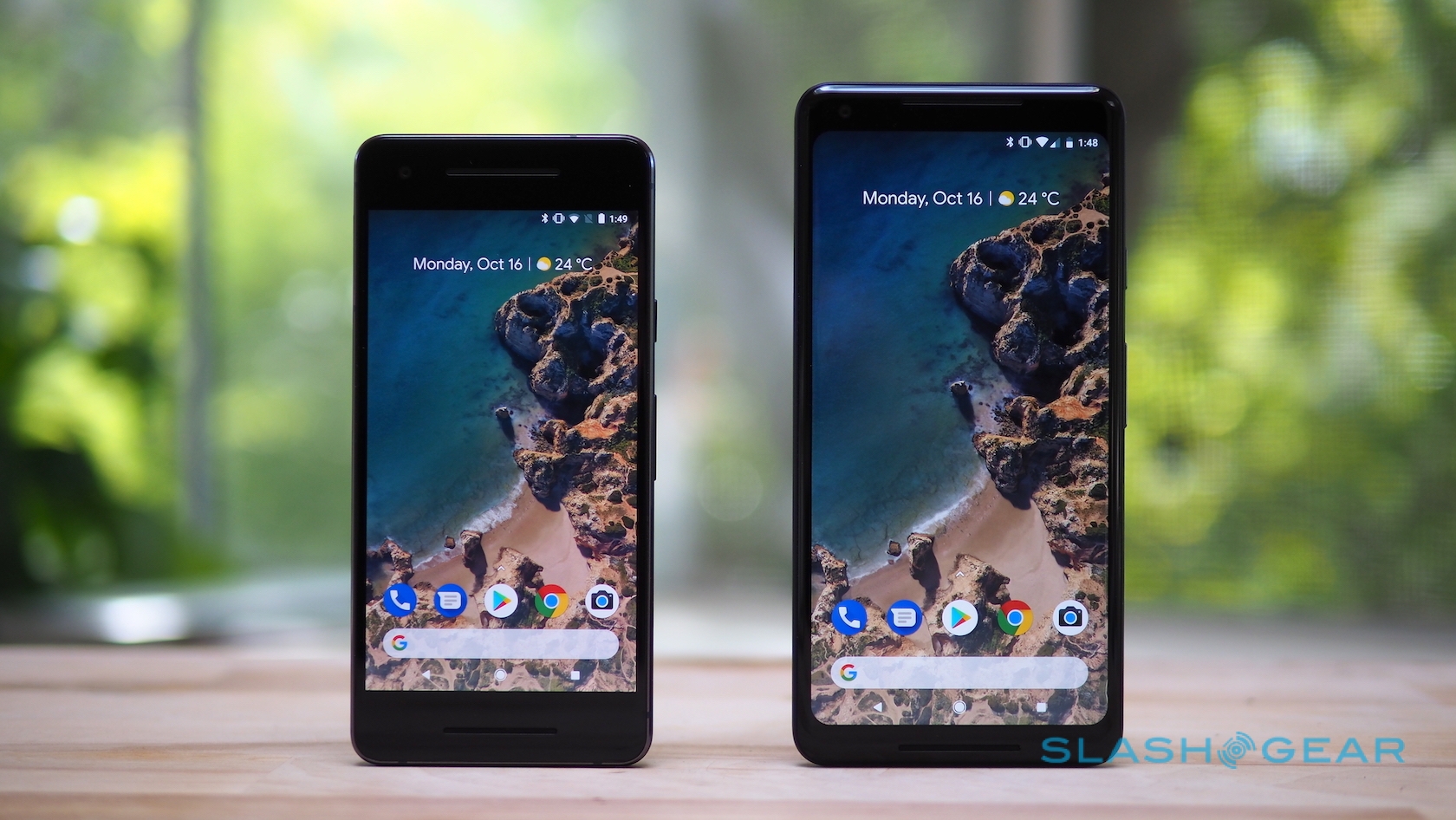 But while the Pixel 2 looked great on paper and benchmarks, the phones were riddled with thorns that bit into the hands of users. The Pixel 2 XL, in particular, seemed to have a litany of faults, some of which were addressed via simple software updates. Together with QA issues with the Google Home Mini and, to some extent, the Home Max, some are left questioning whether Google has what it takes to be an Apple.

Those disillusioned by the Pixel 2’s less than stellar reputation have some new companies to look up to. And now, we don’t mean OnePlus or Nokia, though those are definitely good choices as well. Although it was off to a rough start, Andy Rubin’s Essential finally shipped its first and so far only smartphone. For the most part, it was able to deliver on the promise of a “pure” and premium Android phone. Especially after cutting the price almost in half and addressing complaints about the camera. 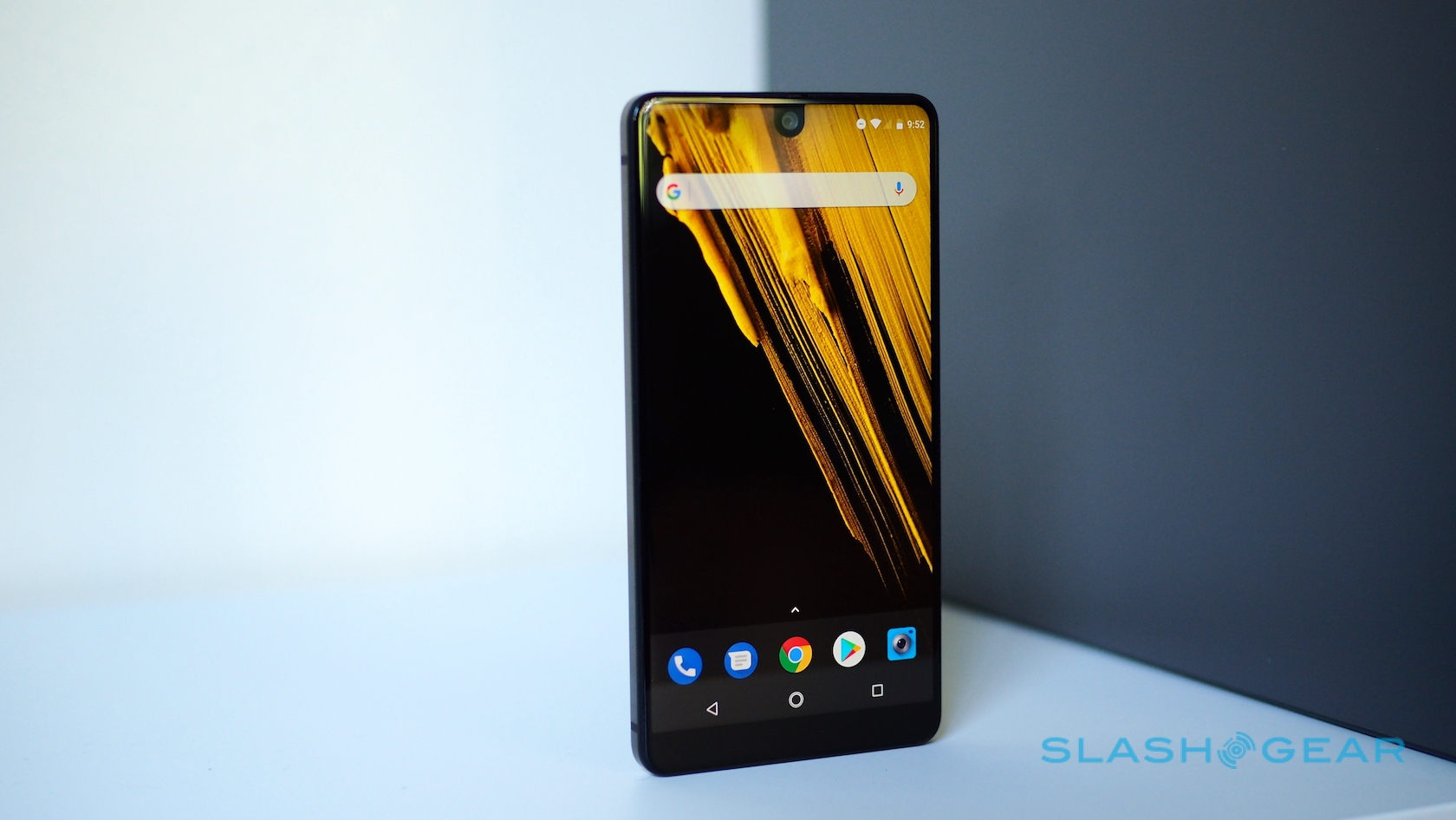 While the jury is still out on whether it’s really a gaming phone, or what a gaming phone is for that matter, the Razer Phone proves there is still room for one more player in the arena. Especially if you play your cards, and your marketing, right. It’s a promising start, but one that needs a strong follow-up to stay in the race.

While not as egregious as Stagefright, the KRACK WPA2 vulnerability was far more expansive in its reach, practically affecting any device that connects to Wi-Fi. But more than the security exploit itself, the situation once again brought one of Android’s biggest problems under a microscope.

Android OEMs’ responses were quick. That is, depending on who you ask. And by quick, we mean a month later at the earliest. Even Google didn’t patch their own Pixels until December for the sole reason that it missed the November cutoff by just a day or two. The inconsistent and disjointed rollout of critical security patches is something Treble can hopefully help with. Hopefully. 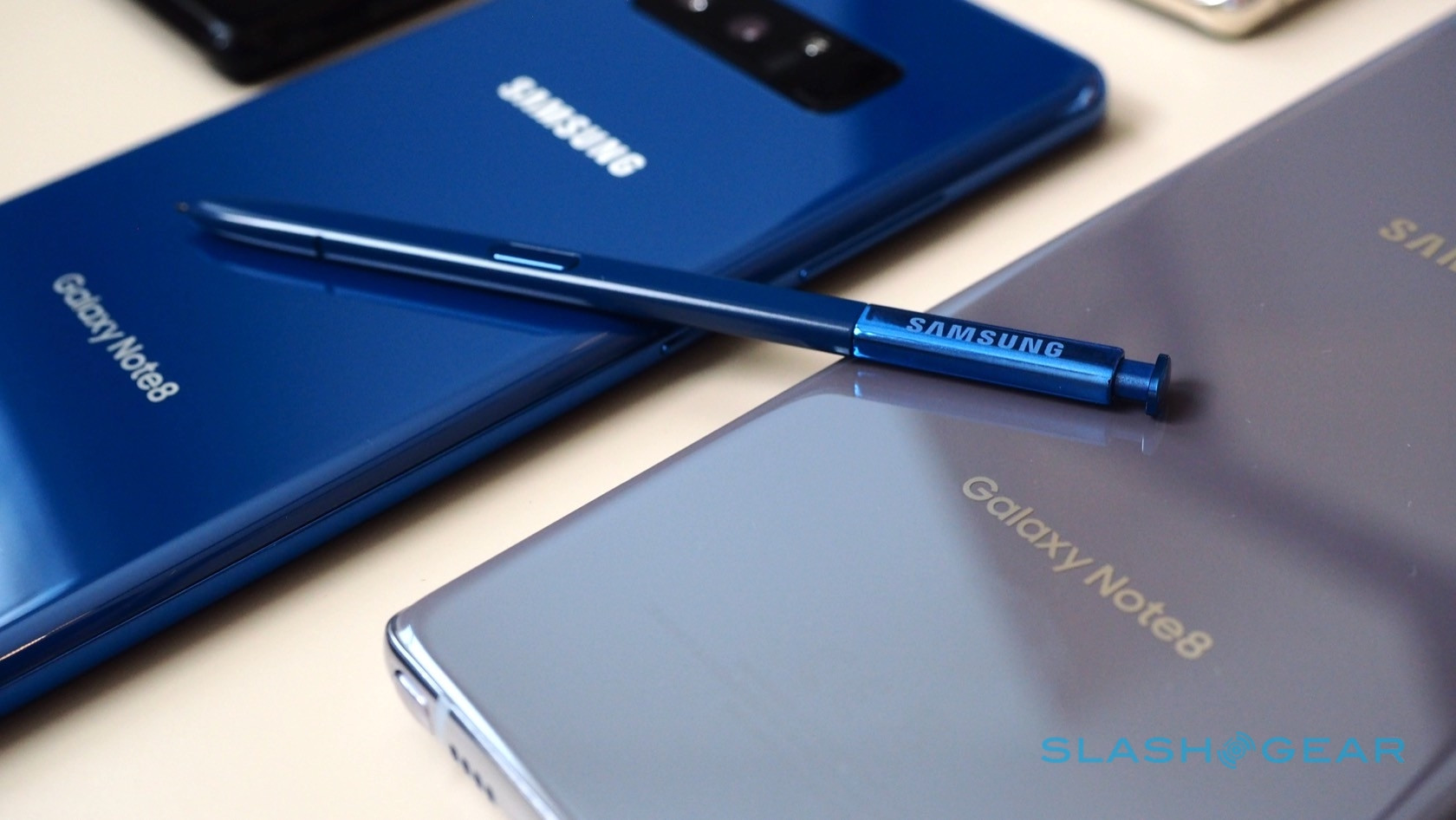 Conversely, HTC is proving it will need a miracle to save its smartphone business. While its U11 flagship, or flagships, was commendable, it was easily overshadowed by other brands. It was expected to sell its mobile business to Google, who just ended up acquiring a huge portion of its workforce. Nonetheless, HTC might be in the process of winding down its mobile division, which is something to look out for in 2018.

Google and Amazon have never really been close friends and have sometimes even fiercely competed in some products. They have, however, never been at each other’s throats until this last quarter.

Google blocked access to YouTube on the Amazon Echo Show, which was believed to be motivated by Amazon’s refusal to sell competing Google products like the Chromecast. Negotiations were supposedly underway as Amazon did finally put up Google’s streaming HDMI dongle on its store. Discussions may, however, have fallen through as even the Amazon Fire TV now tells users to use the new Firefox web browser or Amazon’s own Silk browser for YouTube. Sadly, when giants clash, it is always the little folk that get hurt the most. 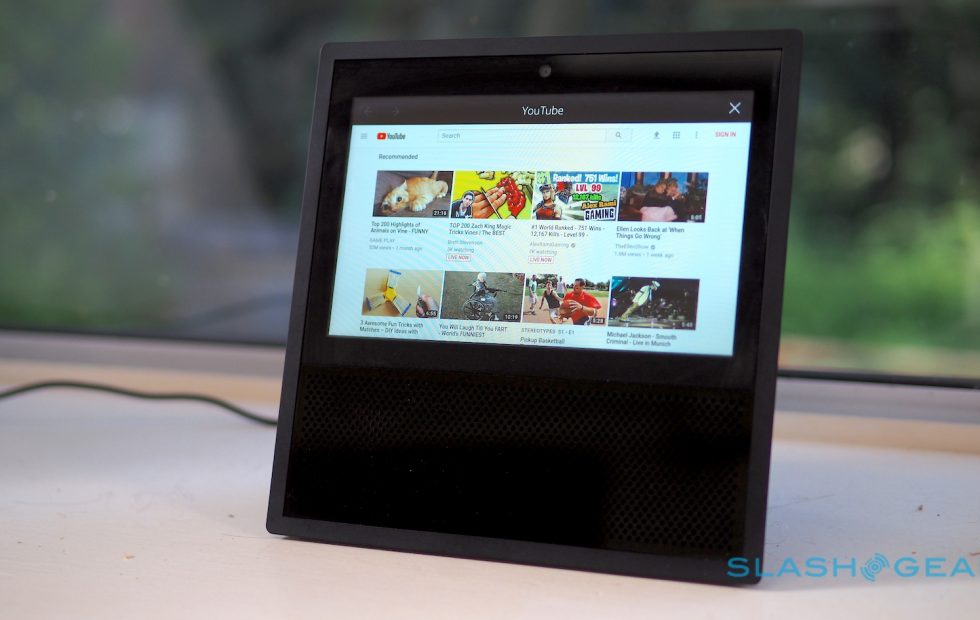 Google laying down the law

Google has finally started, or at least trying to, enforcing rules, both old and new, to give Android some amount of consistency, security, and dependability. At least one, however, has fallen afoul of users. The platform maker gave out an ultimatum to developers using accessibility API and features for purposes other than accessibility. However, some of those apps use those features for things like automation. Google did eventually reconsider and is rethinking how to better approach the matter.

Google has also stated that apps can no longer put ads on the lock screen unless they are a lock screen app. While this might be great news at first blush, it subtly takes a shot at Amazon’s Prime Exclusive phones, which subsidize the retail price in exchange for ads on the lock screen. Curiously, UK OEM Wileyfox followed that same business model, just when Google put out that notice. 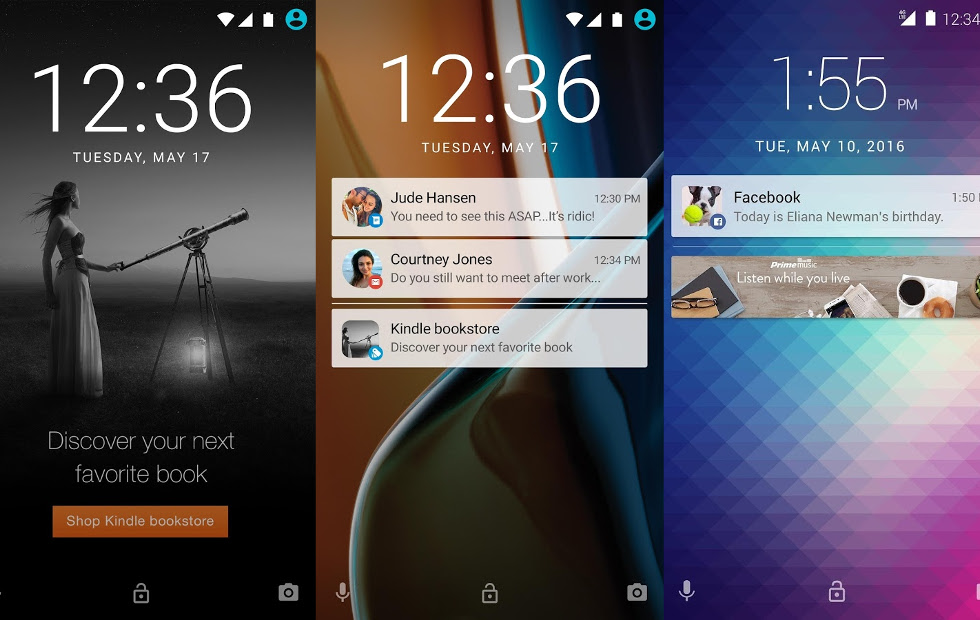 This year saw the rise of a new type of display. No, not a new display technology but a new format. Started by the Xiaomi Mi Mix in 2016, almost all major OEMs, and some smaller ones, have adopted nearly bezel-less screens and 18:9 aspect ratios (18.5:9 for Samsung) on their flagship phones. Or sometimes just 18:9 while keeping some bezels around. 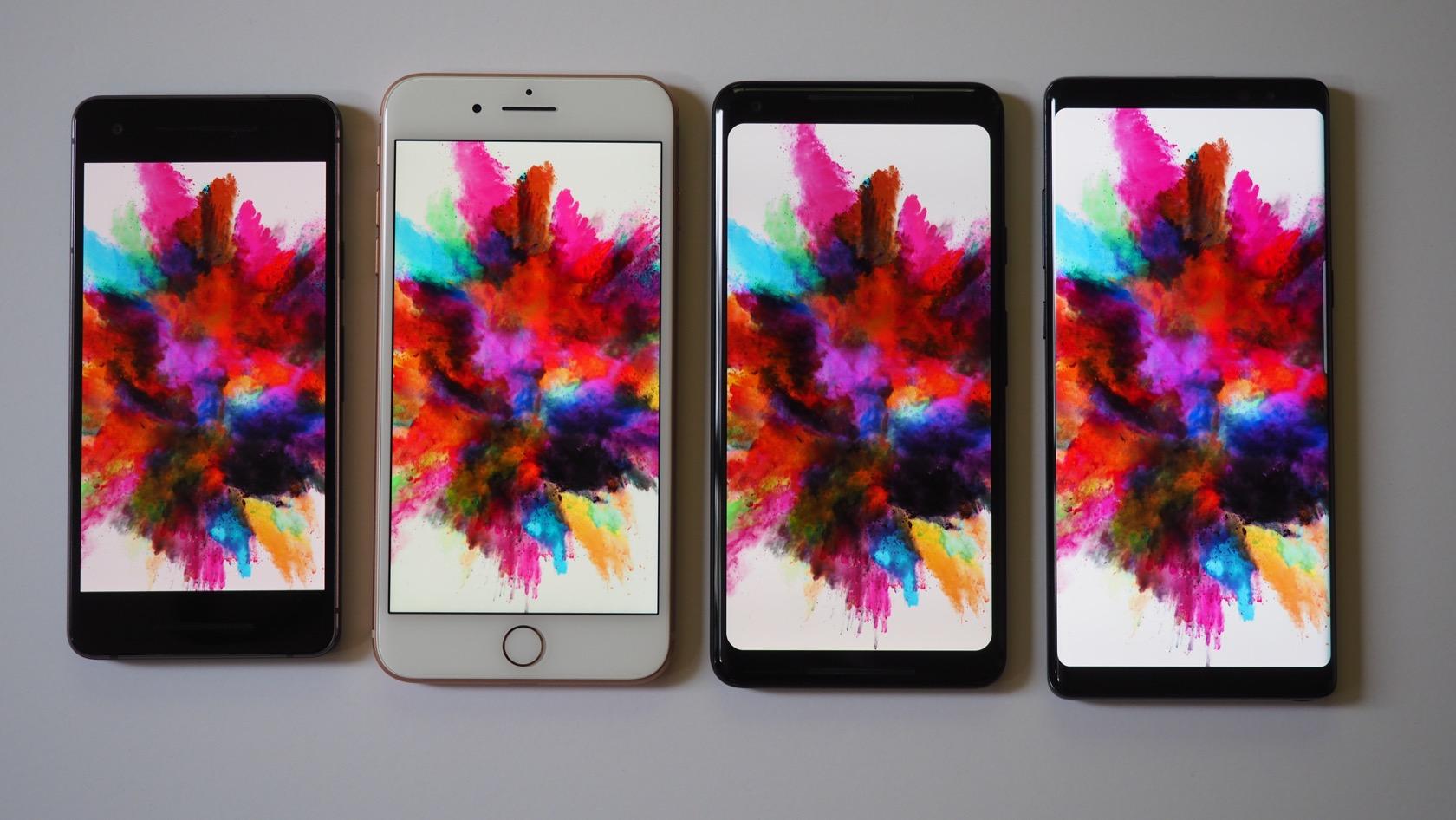 The change is both practical and reeks of being a fad. It expands the screen real estate without significantly increasing the phone’s actual dimensions. It makes side-by-side split windows a bit more usable as well. But it also makes phones taller and longer, introducing a different kind of usability and ergonomic problem in the process. 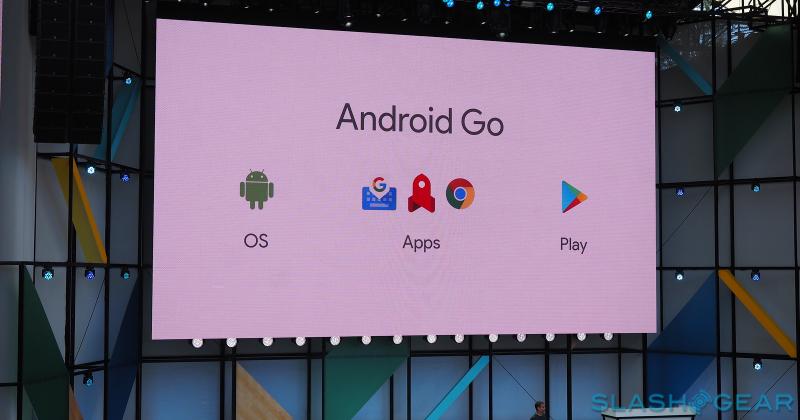 Android Go is explained to be more like a special configuration of Android that simply turns down some settings and features in order to make the OS run smoothly on extremely low-end smartphones, which, in 2017, means phones with less than 1 GB of RAM, fo example. There are also a new suite of “Go” Google apps designed for that same purpose. But since it’s still the normal Android Oreo, just trimmed down, all apps still work across normal and Go configurations.

2 billion active devices monthly. That’s the staggering number that Google dropped at I/O 2017. And that was just last May. Since then, nearly a dozen new Android devices, including the Samsung Galaxy Note 8, the Essential PH-1 and the Google Pixel 2, have gone online. Suffice it to say, Android has grown well beyond being a smartphone platform for geeks and techies. 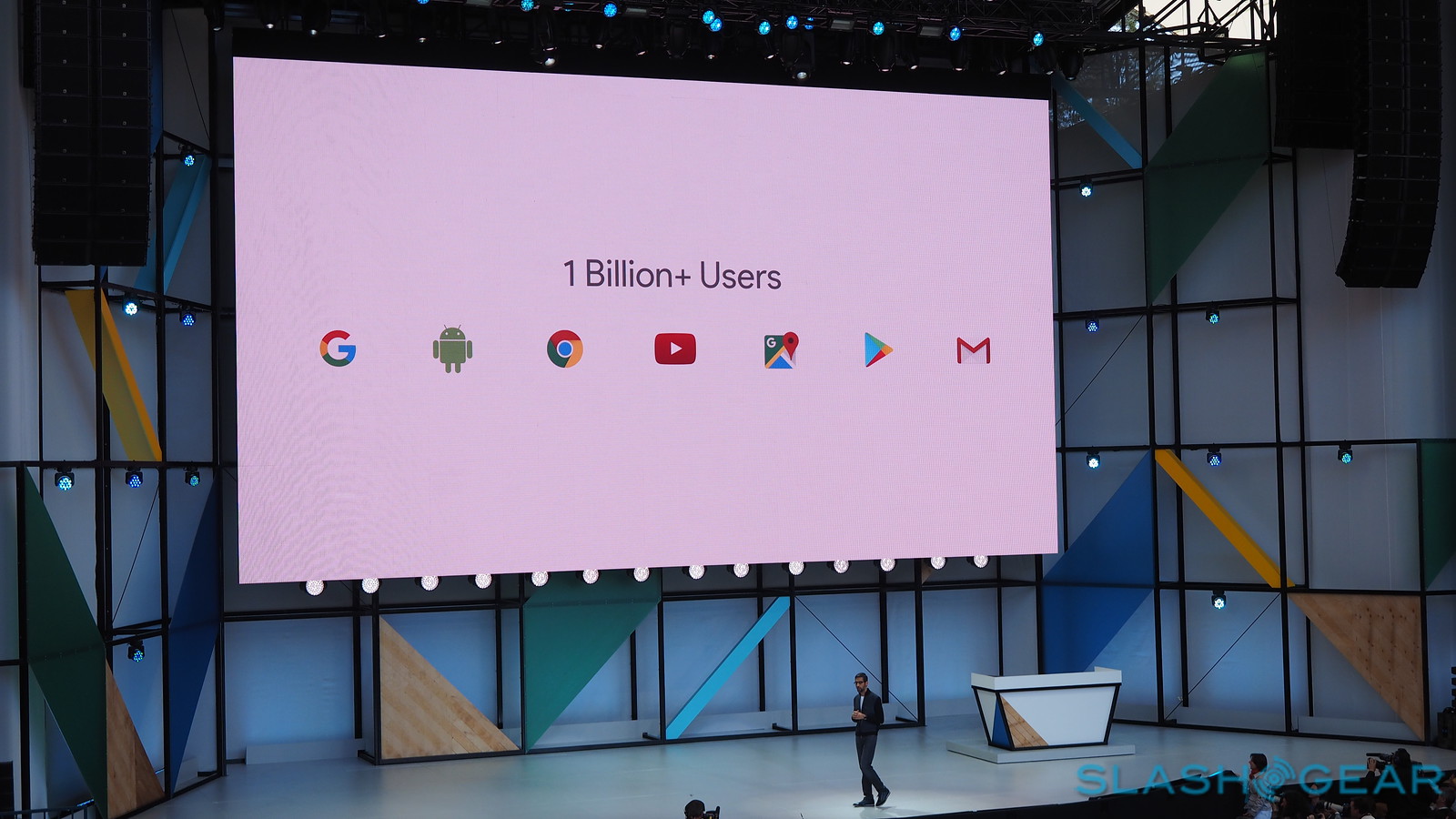 We’ve barely even scratch the tip of the iceberg. A lot has happened in 2017 that helped shape the world’s biggest software platform (which already overtook Windows). And we’ll be seeing the repercussions, both good and bad, in the coming year. And it’s going to be an exciting 2018, if 2017 is any indication.

Did you find these tips helpful? Want to know more about any other hack? Please feel free to drop a message and let us know if there’s any specific hack that you wish to learn about. Follow Techlone on Facebook, Twitter and Google+
AndroidGoogle PixelhighslowsOreo
342
Share FacebookTwitterGoogle+LinkedinPinterestStumbleUponReddItTumblrDiggWhatsAppEmail