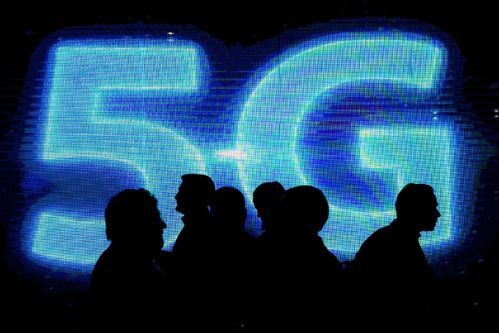 Visitors walk past a 5G logo during the Mobile World Congress on the third day of the MWC in Barcelona, on March 1, 2017. Could blistering fast 5G service come to smartphones sooner than expected?

AT&T says it will launch mobile 5G in a dozen U.S. markets late this year, staking the claim that it expects to be the first U.S. carrier to offer such blazing speeds to phones. The carrier has been in a race against Verizon Wireless to deliver this next generation of wireless to U.S. consumers.

While some folks were indeed expected to experience some form of 5G this year—one key test comes in South Korea next month during the Olympics, with other nascent trials and deployments hatching in the U.S. later in 2018—the initial 5G installments involve what is known as “fixed wireless,” basically broadband alternatives inside the home. 5G for mobile phones was expected to come in 2019 or later.

AT&T’s announcement suggests the timing could ramp up, at least for some. But the carrier is being cagey when it comes to specific launch details. It hasn’t listed the markets where mobile 5G will be offered, much less the phone or phones the service will work on or the precise speeds consumers can expect, though something in excess of 1GB seems likely. Nor has AT&T disclosed any pricing details.

In a release, Melissa Arnoldi, the president, of AT&T Technology and Operations, said that, “We’re moving quickly to begin deploying mobile 5G this year and start unlocking the future of connectivity for consumers and businesses. With faster speeds and ultra-low latency, 5G will ultimately deliver and enhance experiences like virtual reality, future driverless cars, immersive 4K video and more.”

Latency is industry jargon for the speeds at which the network recognizes that you have requested data, and in turns delivers that data to your device.

Separate from its mobile 5G launch, the carrier said it will continue its own efforts with fixed 5G solutions, where Verizon has had a jump. For its part, Verizon announced plans late last year to offer commercial 5G service in Sacramento and two to five other U.S. markets in 2018. T-Mobile is building out its own framework for 5G, though that’s not expected before 2019.

It’s likely both Verizon and T-Mobile may have something to say about AT&T’s claims of being the first to offer mobile 5G in the U.S.

Did you find these tips helpful? Want to know more about any other hack? Please feel free to drop a message and let us know if there’s any specific hack that you wish to learn about. Follow Techlone on Facebook, Twitter and Google+
5GATTCominglatephones
0 468
Share FacebookTwitterGoogle+LinkedinPinterestStumbleUponReddItTumblrDiggWhatsAppEmail

In season 11, The X-Files is slowly moving closer to Black Mirror